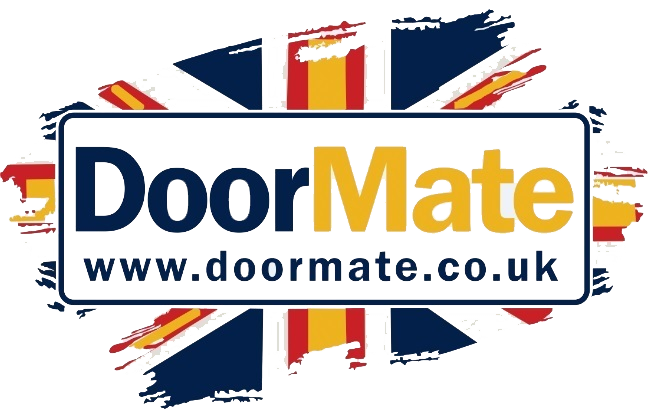 Welcome to DoorMate, your number one source for all barn doors and sliding barn door hardware. We're dedicated to giving you excellent quality in our products, with a focus on dependability, customer service and eco-friendly materials.


Founded in 2009 by Terry Burnett, DoorMate has come a long way from its beginnings in a small workshop in Cardiff. Before Terry first started out, he was in the business of tearing out old garage doors and replacing them, and seeing how much timber came from the old garage frames that went to waste drove him to build his own eco-friendly door and sliding door hardware company, and gave him the impetus to turn hard work and inspiration into to a booming online store.


We now serve customers all over the UK, and even internationally, and are thrilled to be a part of the eco-friendly and on trend wing of the doors industry, our products have become a massive fashion trend now more than ever, but to hear more about how we got started and what we offer our customers, please read on, and feel free to check our our gallery for examples of our products... DoorMate was set up in 2009 by founder Terry Burnett, after working in the Garage, Industrial and Automatic door industry for around 20 years.

At the time, Terry worked at every position possible, from fitters mate, to fitter, to Garage door and Industrial door sales manager, so he's already tech-drawn, sold, made, serviced, fitted, repaired and removed every type of commercial door you can imagine...

While in the garage door fitting business, Terry would need to rip out thousands of timber frames to install new garage doors. He knew that these frames would just end up in a huge massive skip, ready to go to landfill, being massively passionate about reusing and recycling, Terry thought what a terrible waste this was.
Terry constructed a plan to create a business to tackle this the wasted reusable wood by using all reclaimed timber to create stunning doors that would be both stylish, and eco-friendly. So now to be selling doors from reclaimed timber to more and more happy customers is amazing.
And the doors in question can look so beautiful and full of character with the old timber coming from the mature trees unlike the modern equivalent.
Terry believes that the passion for conserving the environment comes from his punk days of playing drums for punk-rock band 'No Choice that woke him up to the unnecessary waste caused by consumerism
This is also where the names of our systems come from, Over the 30 years spent playing in this band, he was fortunate enough to have toured the UK and the east coast America. The four hardware systems we make are name after some of the more memorable gigs of that tour, being:
Gainesville, Brooklyn, Covington and Augusta Our Products And Services

We work out of a small workshop in Roath, Cardiff, and our staff have been in the same positions since we started, gaining more experience with every door and system they build.
Our customers love the fact our systems are manufactured in the UK and hand made from the raw materials, and even with cheaper versions of hardware on the market at the moment, our customers are intelligent enough to understand that the old saying rings true, you get what you pay for, often if a product is cheap, it has been cheaply made and cannot be relied on, our customers feel secure with our products as we make them unique and bespoke to every order, taking extra care of their requirements.
The sliding barn door hardware we offer includes:
The Gainesville - A Single Sliding Barn Door System
The Brooklyn - A By-Parting Double Barn Doors Sliding Hardware
The Covington - A Single Track By-Passing Barn Door Sliding System
The Augusta - A Double Track By-Passing Barn Door Sliding System
The Detroit - A Sliding Door Box System

We often make doors to match these systems for customers, but it's not always the case, we are more than happy to make systems to compliment the doors you already have in your home.
We also have an automatic door system to offer our customers who require the extra help around their home or even just for that technological touch.

All of our products come with clear fitting instructions written by us personally. We work to build customer confidence in the products they are interested in purchasing. we have a process when it comes to our customers.

When we get a brand new order, the first thing we do is email the customer with what we call a spec request sheet, this consists of all the information we require to make the system or door they wish to purchase. we fill in the customers information on a tech-drawing, once we have the measurements we need and know what materials we require for the job, it goes straight into production, where we then send photos of the product being made to be sure we get it perfect for them. We believe this puts us way above our competition with our sliding barn door and hardware range, as we think from the fitters point of view, working out the problems they may hit when trying to fit one of our products before it occurs. We believe the customers value the benefit of dealing with professional door engineers not a shop keeper selling another product.
Terry himself is always happy to deal with customers to ensure their experience with purchasing from DoorMate is as easy as possible for, our phone lines are always open and we have various social media accounts to be reached on, and Terry will always respond to customer emails as soon as possible.

We enjoy working closely with our customers and it shows in our reviews, which you can find on both Houzz and TrustPilot